Freedom of action and movement 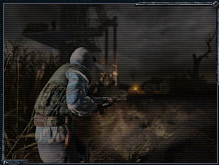 The key game motif is great freedom of choice of how to play. You are entrusted an entire world — a huge territory populated by various creatures, impacted by unknown and bizarre laws, bearing glory or richness or death.

On top of that, you are given a minimal set of equipment and the story intrigue, an unknown world and complete freedom of action inside it. The dangers in the Zone are not only deadly anomalies and terrifying monsters, but, first of all, humans. Which do you choose — fighting for one of the existing stalker factions, or opposing everyone, or changing temporary allies?

Freedom inside the game world is a basis of this game, the game where it is impossible to play twice the same.

What makes the S.T.A.L.K.E.R. world alive? It is the system of life simulation (otherwise known as A-Life) — a groundbreaking AI system of S.T.A.L.K.E.R., which is responsible for controlling all of the game characters and events in the Zone.

Over 1000 stalkers go about accomplishing their tasks, exploring the Zone, combating, taking rest, eating – they truly live in the Zone. Monsters get together in packs to attack stalker camps and fight with each other. On the global level, the AI controls even the faction wars.

Creating background events? Generating an unlimited number of secondary tasks and random quests?
The A-Life takes care of it all. Owing to the efficiency of our innovative A-Life system your playthrough of the game will not only be new every time, but also completely different from other players'.

The in-game Zone has been shaken by furious war of factions for the new territories, resources, and control points of the important paths to the center of the Zone. You can affect the balance of forces by joining one of the existing stalker factions or just giving some assistance to it.

As a result, the power of a faction will change in many aspects including expanding the range of goods of traders, obtaining new possible upgrades of weapons and protective suits by mechanics etc.

Interacting with other characters in the Zone you can affect their attitude towards you. Positive attitude is a guaranty of possibility to join the faction. You can take the side of Duty, Freedom factions, neutral stalkers, or even bandits. 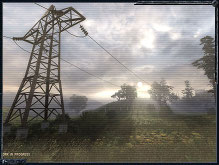 As you learn to live and survive in the Zone, time flows. Day changes into night, and bright sunny weather is ousted by stormy skies.

As never before, the time of the day in the game impacts your gameplay – while you and all the other stalkers see worse at night, most of the monsters can see perfectly well; beware of monsters preferring to sit underground at day, but crawl outside at night; fighting enemies you can use their head flashlights as targets.

Do not forget about the night threats. If you are not confident in your abilities, it is always better to sit near the campfire listening to stories, old jokes, or stalker songs.

Travels into the Zone go hand in hand with great danger. This is why we couldn't send you into this survival school without the proper equipment.

We have prepared a whole set of protective suits, detectors, stalker-friendly foodstuffs, medkits, bandages, means of radiation protection, and other survival stuff. 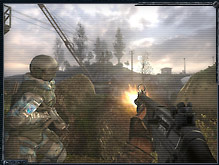 You can acquire a selection of weapons in the Zone, ranging from knives, pistols, and rifles to grenade launchers. We adjusted all the weapons for you, so be sure they will shoot very realistically, with the right power and trajectory, but they could also deteriorate and misfire. If you want, get your gun improved with upgrades: silencer, barrel-attached grenade launcher, sniper scope – ask at the dealer's closest to you.

Mechanics could also upgrade your gun in rate of fire, power, accuracy and many other aspects, so there are many ways of obtaining a unique gun. Mechanics could be found in stalker factions’ camps. Every mechanic is good at some specific aspect, one could be a guru in armor, other in sniper rifles or heavy weapons.


Well, it looks like you're not a rookie in the Zone, so go ahead…and you'd better return live!